Delivery is not available in your area. Please change your postcode / zip.

We will revert
to you soonest

We understand the importance of your time and appreciate your concern & query, so we graciously respond and quickly resolve your query.

Please fill out the required fields with your details and we will contact you shortly.

Thank you for your query. we will get back to you soon.

An actor’s job has never been easy. They not only need to work on their acting skills; they need to work hard on their appearance as well. Surely, actors are surrounded by fitness experts, advisors, nutritionists and trainers, who remain by their side throughout workout sessions but film actors themselves, have to work hard to get a well-chiselled physique. Today, we are here with another motivational weight loss story of a well-known Bollywood actor- Arjun Kapoor. Let’s start.

Arjun is definitely a heartthrob and has won zillion of hearts with his unmatched acting skills, handsome looks, and ripped body. But this lad was not always prized with these possessions. Before making a smashing debut in Bollywood with the film “Ishaqzaade”, Arjun was overweight and looked a lot chubbier in his teenage. In fact, at 140 kgs, it was impossible for him to fit into any airline’s economy seat. For this reason, the actor could only fly in business class as it boasts wider seats. Besides, he suffered asthma at the age of 22 and could not run for more than 10 seconds. Media reports revealed that he had lost around 50 kgs of weight before setting the screen ablaze with his heart-winning performance. Behind his muscular and toned body, lies a series of strict diet regimes and years of hard work.

How the Weight Loss Journey Began

Arjun was inspired by the fitness icon, Salman Khan, who motivated him to burn extra layers of fat and trying his hands in acting. Upon making his mind to make his career in acting, he was determined to undergo strict weight management programs. Besides, he wanted to lose weight in a right and healthy manner. Arjun has never been a fan of dieting, but he made serious changes to his diet plans to reach his weight loss goals. He gave up on the junk food and replaced rice with a protein-rich grain, Quinoa. Apart from this, he achieved a fit body by performing extreme workouts.

Arjun is a foodie by nature but he religiously follows customized diet plans created by his nutritionists and fitness experts. Earlier, he was so fond of eating junk foods that he could consume 3 burgers in one go, but today, he loves to stay away from unhealthy foods, and rather, picks healthier options such as fresh fruits, crunchy nuts and seasonal vegetables. Sources reveal that the actor avoids sugary drinks and follows a low-carb, high-protein diet that aims at triggering weight loss.  Let’s take a sneak peek into his diet chart:

We all know that achieving a muscular, toned and chiseled physique is not that easy. Similarly, achieving a perfect body was not a walk in the park for this handsome hunk. He has undergone rigorous workout sessions for a prolonged duration, which brought him closer to his weight loss goals. The ‘2 States’ fame worked extremely hard 6 days a week to get a slimmer and he lost around 22 kgs in the first year. After shedding the extra pounds, he started CrossFit and heavy weight training for muscle building. Arjun’s workout regimes include everything right from yoga to cardio exercises. Once the actor tweeted- Yoga was and will always remain the key ingredient to my fitness! Here is what Arjun’s regular workout plan looks like-

For the movie ‘Gunday’, Arjun was made to undergo rigorous training, five times a week for 60-90 mins each day. During this phase, he was trained under the guidance of Harry Ranson. Besides, the actor has also worked with Kyle Arthur, a fitness trainer who introduced him to RAW 28.

We hope you find Arjun’s story inspiring and interesting. Perhaps, the actor’s fat-to-fit transformation is no more a secret, now, take out your yoga mats and start warming up for the fast approaching International Yoga Day. Thanks for reading! BCAA Protein Powder | Best Protein Powder- 500gm – 2 Bottles Pack
Retaining energy throughout the day is impossible. At some point or the other, the body gives up and fatigue develops.
Read more. BCAA Protein Powder | BCAA Energy Drink For Men & Women – 500gm
Dietary supplements are essential for everyone, especially for people who have to suffer energy-draining day as a result of engagement
Read more. Hyaluronic Vitamin C Serum – 60ml – 6 Bottles Pack
Healthy and glowing skin is one such beauty asset that puts a good impression on others.  Every day, your skin
Read more. Hyaluronic Vitamin C Serum – 60ml – 5 Bottles Pack
If we ask you what is your top beauty goal, a majority of you would answer achieving radiant, clear and
Read more. Hyaluronic Vitamin C Serum – 60ml – 4 Bottles Pack
Soft, smooth, and glowing skin is something that we all want. However; in modern times, your skin constantly comes in
Read more. 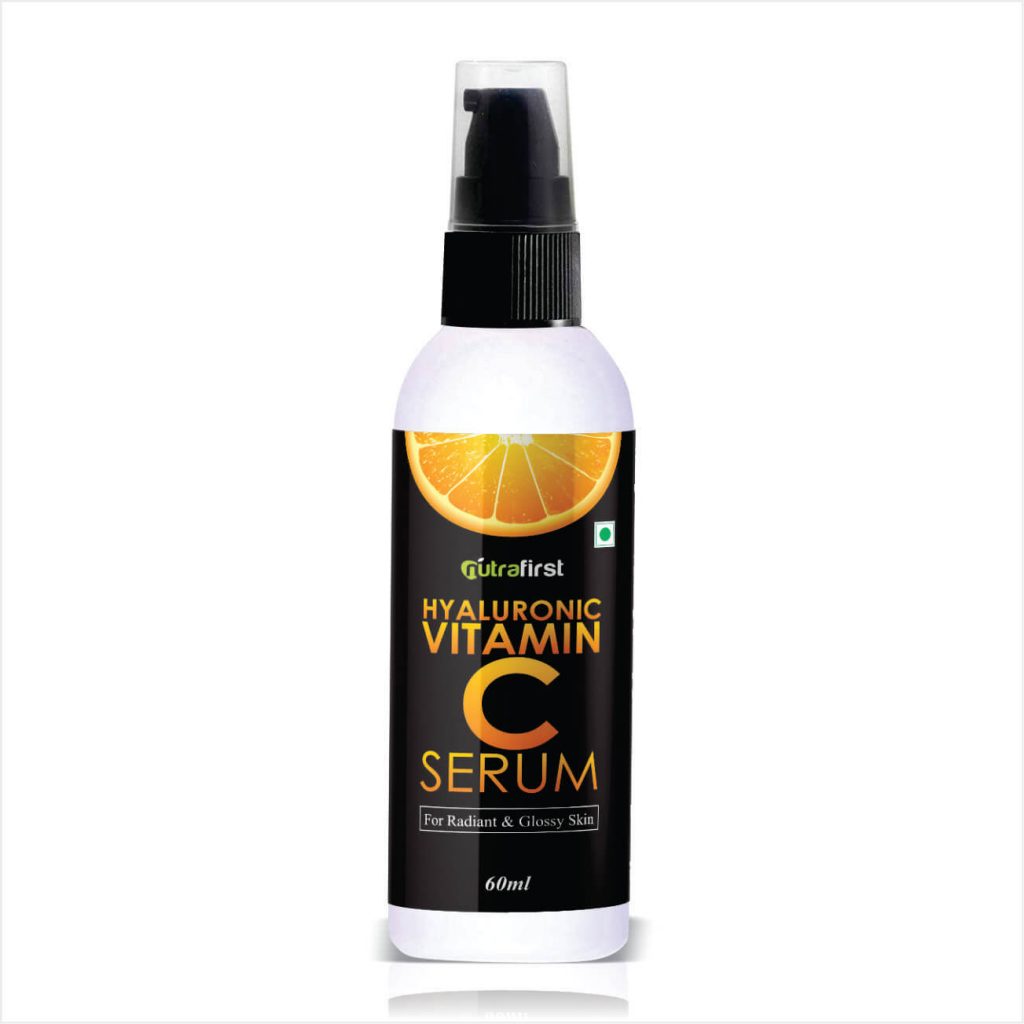 Disclaimer: The information contained on Nutrafirst (www.nutrafirst.in or subdomains) is provided for informational purposes only and is not meant to substitute for the advice provided by your doctor or other healthcare professional. Information and statements regarding products, supplements, programs etc listed on Nutrafirst have not been evaluated by the Food and Drug Administration or any government authority and are not intended to diagnose, treat, cure, or prevent any disease. Please read product packaging carefully prior to purchase and use. The results from the products will vary from person to person. No individual result should be seen as typical.

Copyright © 2019, NutraFirst.in or its affiliates
Request A Callback

Your OTP has been sent